"In truth you are still alive and will be for many years - more years than I have remaining. There are some who die of shock, it is true, and perhaps that is why all of your friends wished to come and pass time with you before I started. But, as I recollect, you were shot with a blunderbuss once, and got up and walked away from it. So I am not afraid on that 'count. The bright lights you see are sticks of burning phosphorus. And I am Robert Hooke, than whom no man was ever better suited to perform this work."

Hooke took advantage of Daniel's plea to jam a leather strap into his mouth. "You may bite down on that if you wish, or you may spit it out and scream all you like - this is Bedlam, and no one will object. Neither will anyone take heed, or show mercy. Least of all Robert Hooke. For as you know, Daniel, I am utterly lacking in the quality of mercy. Which is well, as it would render me perfectly incompetent to carry out this operation. I told you a year ago, in the Tower, that I would one day repay your friendship by giving you something - a pearl of great price. Now the time has come for me to make good on that promise. The only question left to answer is how much will that pearl weigh, when I have washed your blood off it and let it clatter onto the pan of yonder scale. I am sorry you woke up. I shall not insult you by suggesting that you relax. Please do not go insane. I will see you on the other side of the Styx."

Whe he and Hooke and Wilkins had cut open live dogs during the Plague Year, Daniel had looked into their straining brown eyes and tried to fathom what was going on in their minds. He'd decided, in the end, that nothing was, that dogs had no conscious minds, no thought of past or future, living purely in the moment, and that this made it worse for them. Because they could neither look forward to the end of the pain, nor remember times when they had chased rabbits across the meadows.

Hooke took up his blade and reached for Daniel. 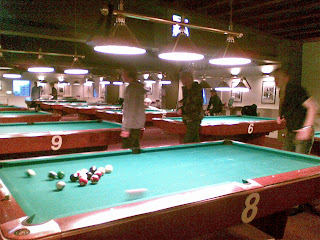 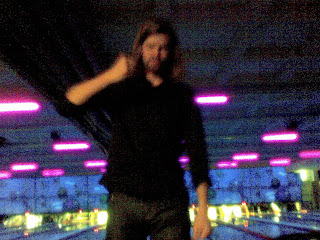 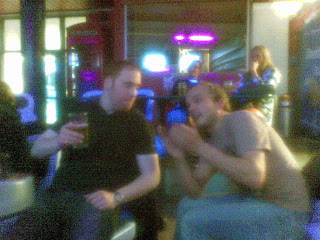 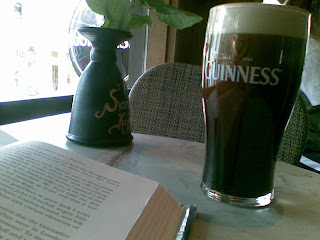 Roger Comstock was peering down the stem of his clay pipe like a drunken astronomer drawing a bead on something. In this case the target was Robert Hooke, Fellow of the Royal Society, visible only barely (because of gloom and smoke) and sporadically (because of table-flitting patrons). Hooke had barricaded himself behind a miniature apothecary shop of bottles, purses, and flasks, and was mixing up his dinner: a compound of mercury, iron fillings, flowers of sulfur, purgative waters from diverse springs, many of which were Lethal to Waterfowl; and extracts of several plants, including the rhubarb and the opium poppy. "He is still alive, I see," Roger mused. "If Hooke spent any more time lingering at Death's door, Satan himself would have the man ejected for vagrancy. Yet just as I am wondering whether I can make time for his funeral, I learn from Sources that he is campaigning like a French regiment through every whorehouse in Whitechapel."

Daniel could think of nothing to add. 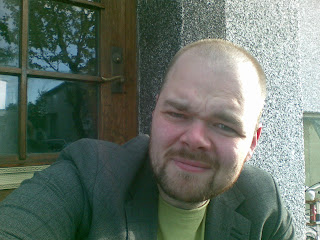 "I'm worried something'll happen to 'em before we can turn 'em into real money."
"What is 'real' money, Jack? Answer me that."
"You know, pieces of eight, or, how d'you say it, dollars--"
"Th -- it starts with a T but it's got a breathy sould behind it -- 'thalers.'"
"D-d-d-dollars."
"That's a silly name for money, Jack -- no one'll ever take you seriously, talking that way."
"Well, they shortened 'Joachimsthaler' to 'thaler,' so why not reform the word even further?"

“All right, let’s rehearse it again. ‘Jack, show the gentleman that bolt of the yellow watered silk.’ Go on—that’s your cue”
“Yes, milady”
“Jack, carry me across yonder mud-puddle.”
“With pleasure, milady.”
“Don’t say ‘with pleasure’—sounds naughty.”
“As you wish, milady.”
“Jack, that is very good-there’s been a marked improvement.”
“Don’t suppose it has anything to do with that you’ve your fist lodged in my arse-hole.”
Eliza laughed gaily. “Fist? Jack, this is but two fingers. A fist would be more like—this!”
Jack felt his body being turned outside in—there was some thrashing and screaming that was cut short when his head accidentally submerged in the sulphurous water. Eliza got a grip on his hair and hauled his head back up into the cold air with her other hand.
“You’re sure this is how they do it in India?”
“Would you like to register… a complaint?”
“Aaugh! Never.”
“Remember, Jack: whenever serious and competent people need to get things done in the real world, all considerations of tradition and protocol fly out the window.”
There followed a long, long, mysterious procedure—tedious and yet somehow not.
“What’re you groping about for?” Jack muttered faintly. “My gall-bladder is just to the left.”
“I’m trying to locate a certain chakra—should be somewhere around here—“
What’s a chakra?”
“You’ll know when I find it.”
Some time later, she did, and then the procedure took on greater intensity, to say the least. Suspended between Eliza’s two hands, like a scale in a market-place, Jack could feel his balance-point shifting as quantities of fluids were pumped between internal reservoirs, all in preparation for some Event. Finally, the crisis— Jack’s legs thrashed in the hot water as if his body were trying to flee, but he was staked, impaled. A bubble of numinous light, as if the sun were mistakenly attempting to rise inside his head. Some kind of Hindoo apocalypse played out. He died, went to Hell, ascended into Heaven, was reincarnated as various braying, screeching, and howling beasts, and repeated this cycle many times over. In the end he was reincarnated, just barely, as a Man. Not a very alert one.
“Did you get what you wanted?” she inquired. Very close to him.
Jack laughed or wept soundlessly for a while.
“In some of these strange Gothickal German towns,” he at last said, “they have ancient clocks that are as big as houses, all sealed up most of the time, with a little door where a cuckoo pops out upon the hour to sing. But once a day, it does something special, involving more doors, and once a week, something even specialer, and for all I know, at the year, decade and century marks, rows of great doors, all sealed shut by dust and age, creak open, driven by sudden descent of ancient weights on rusted chains, and the whole inner working of the thing unfold through those openings. Hitherto unseen machines grind into action, strange and surprising things fly out—flags wave, mechanical birds sing—old pigeon-shit and cobwebs raining down on spectators’ heads—Death comes out and does a fandago—Angels blow trumpets—Jesus writhes on the cross and expires—a mock naval battle plays out with repeated discharge of cannons—and would please take your arm out of my asshole now?”
“I did a long time ago—you nearly broke it!” Peeling off the knitted length of sheep-gut like an elegant lady removing a silken glove.
“So this is a permanent condition?”
“Stop whining. A few moments ago, Jack, unless my eyes deceived me, I observed a startlingly large amount of yellow bile departing your body, and floating away downstream.”
“What are you talking about? I didn’t barf.”
“Think harder, Jack.”
“Oh—that kind. I should not call it yellow but a pearly off white. Thought it has been years since I saw any. Perhaps it has yellowed over time, like cheese. Very well! Let’s say ‘twas yellow.”
"Do you know what yellow bile is the humour of, Jack?"
"What am I, a physician?"
"It is the humour of anger and ill-temper. You were carrying a lot of it around."