NRAMA: Do you see yourself doing a long-form creator-owned series like The Invisibles again?

GM: Well, maybe not so much a long-form series, but I’ve certainly got a bunch of new books coming out from Vertigo later this year – they’ve taken a while to write, because I’ve been busy with the movies and the DCU books, but you’ll be seeing some mad creator stuff pretty soon.

The first of the books, I’m happy to say, is the long-awaited ultra-violet, necrodelic…Seaguy 2: Slaves of Mickey Eye – Cameron Stewart has the first script, and maybe now that we’re getting to finish our story, people will finally understand what it was all about!

There’s a couple of other things…so yeah, maybe a series, but nothing as long as The Invisibles. That was a big part of my life, and I got so tangled up in it I couldn’t tell where I began and it ended. I don’t know that I’d ever do something on that scale again, but then again, never say never.

NRAMA: Any updates on the quest to get Flex Mentallo reprinted?

GM: Not at all! They’re just very resistant to it. And it drives me nuts, because it’s one of my favorite pieces, and no one gets to see it unless they steal from BitTorrent. So I’d love it to be reprinted, but there are no plans at all right now. Everyone’s too afraid of Charles Atlas and his mighty fists. (laughs) 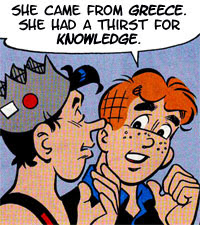